"Festival" or feast is a set of celebrations in honour of God or Gods, in almost every religion, community or caste. Apart from the various rituals attached to each festival, every festival also comes with a set of delicacies which is sure to please the palates of one and all.

1."Ugadi"
Ugadi is the New Year's day for the people of the Deccan Region of India. It is celebrated in Karnataka, Andhra Pradesh and Maharashtra on the same day but a few days later in Tamil Nadu.
It marks the beginning of the first day of the Hindu Calendar year. 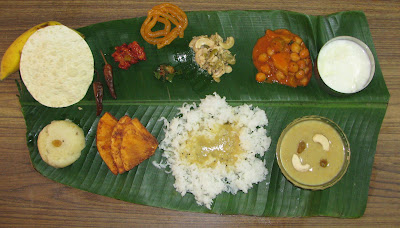 2. Ram Navami
Ram Navami is a Hindu festival, celebrating the birth of Lord Rama to King Dasharatha and Queen Kausalya of Ayodhya. Ram is the 7th incarnation of the Dashavatara of Vishnu. 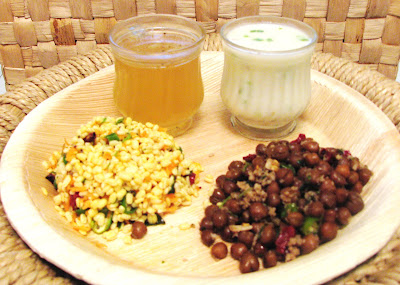 Ashaad Ekadashi fast is observed on the 11th day of the Ashaad Shukla Paksha, and one fasting on this day and meditating on Lord Vishnu  attains the supreme consciousness.
The fast Menu is 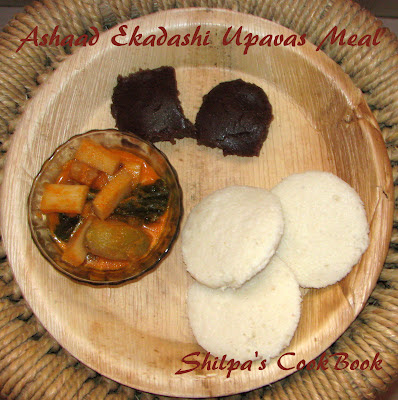 4. NagaraPanchami
Naga Panchami is a famous Hindu festival, celebrated in the honor of snakes.
Delicacies made on that day by Konkanis

Janmashtami, the birthday of Lord Krishna.


Almost all communities in the Hindu religion celebrate this day with great and fervor.


Every community or caste has their own special dishes made on this day. This is what the Konkanis make. 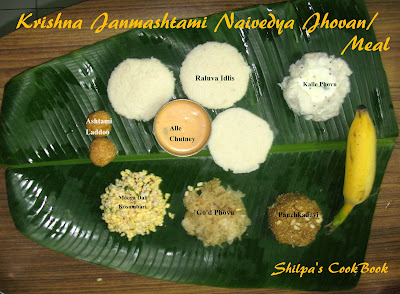 Gauri Pooja and Ganesh Chaturthi is celebrated all over India. Delicacies made on that day by Konkanis 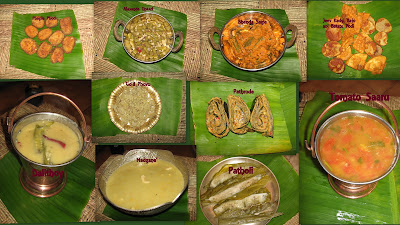 Please note : Above are given only the names of the dishes.
The recipes with the pics will be posted on the Main page gradually.
If you would like to have the recipe of any particular dish in this list, please leave a comment in the comment box on this page.